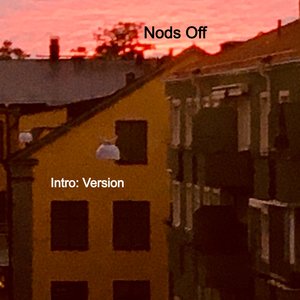 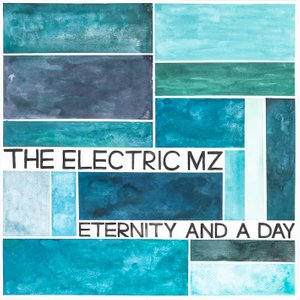 - The release of The Electric MZ's third album has unfortunately been delayed due to long delivery times and increasing material costs for vinyl production. We hope for a stabilization of the market real soon. Meanwhile you may listen to an extract of "Dawn" from the forthcoming album:

- A fine review of Nods Off's album "Intro: Version" has arrived and we cite it in its entirety:

"This album goes for a knock out. Nods Off is the slightly cryptic name of the trio that plays; cryptic because nod off roughly means to doze off - and you certainly can not blame the members for doing so. And there is no risk that the listener will do the same. Anyone looking for jazz for a cozy home evening will of course be absolutely horrified. This is modern jazz with high pressure that goes seamlessly from free form to sharp rhythm, but which also knows that atmospheric oases are required along the way. Stefan Wistrand is responsible for the compositions that allow these richly varied and exciting expressions. He himself plays saxophone with glowing and expressive intensity, qualities that also characterize Tommy Skotte's heavy bass and Erik Dahlbäck's aggressively driving drumming.

The recording is from a concert in 1999, and it's just to be thankful that they finally picked it up and immortalized it on CD. The music on the album has its roots in Wistrand's experimental "Sturm und Drang period" in the 1970s, and it is only to agree with his own description of the music as "uncombed and out on an adventure". No one should mourn that the comb was forgotten on the bathroom shelf when the trio left to play at Klubb Memento in Eskilstuna. It must have been an evening to remember.

Nods Off in this constellation lasted for two years but gave up due to lack of gigs. It's just to apologize but says something about the then Swedish jazz scene. But I do not know if they did better today. The album convinces me anyway that they must have been one of the 90's more exciting Swedish jazz groups. The music still feels wonderfully free and raw and much more modern and urgent than much of what is produced today. It is cheeky and does not fear the caesars of music who prefer smooth-combed people who sleep well at night." (Kulturdelen, July 15, 2021)

(Link to the review in Swedish on Kulturdelen's site)

- An album "Intro: Version" by free jazz group Nods Off was released in the midst of April 2021 in a limited CD edition. It was made live in 1999 and presents a previously undocumented version of the group. Players on the album are Erik Dahlbäck, drums, Tommy Skotte, bass and Stefan Wistrand, saxophones & compositions. "Sometimes free jazz is more punk than punk" said legendary music journalist Jan Sneum of Denmark's Public Radio after playing Nods Off on his program "Sneum's Garage"... Out now on digital platforms such as Spotify, YouTube, Apple Music etc.

- Link to a live recording by The Electric MZ from Närke Kulturbryggeri in Örebro in October 2018.

- Link to a live video by The Electric MZ from Melodybox in Stockholm in April 2018.

We have a co-operation with Undefined Sounds which means that Einnicken albums are downloadable through iTunes and Amazon world wide.

You may listen to Einnicken albums for free at Spotify and YouTube!