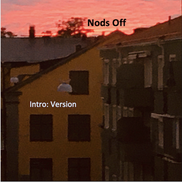 "The album convinces me anyway that they must have been one of the 90's more exciting Swedish jazz groups. The music still feels wonderfully free and raw and much more modern and urgent than much of what is produced today. It is cheeky and does not fear the caesars of music who prefer smooth-combed people who sleep well at night." 4 1/2 out of 5 rating.
Kulturdelen (Sweden) 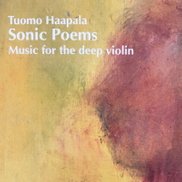 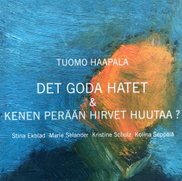 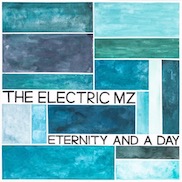 ”Together, everyone contributes to creating a genuine group sound, which despite the actual timelessness of the music and its "here and now" still feels a lot of Swedish 70's, but then of the absolute best kind. The title is a homage to director Theo Angelopoulos. An album to glorify the summer with."
Orkester Journalen (Sweden)

”Should you compare the band with something else, maybe it could be Tonbruket, which can move in about the same boundaries. But The Electric MZ cultivates a softer and more rounded and unified sound. That I called Stefan Wistrand the band's forefront figure does not mean he is the dominating soloist, although we can enjoy really fine saxophone playing as on "Stratum" and a wonderful effort on bass clarinet on “Endless”, the final cut of the record, which at the same time cradle us down. It is after all the band as a whole and a unity that is at the center and the sound that is collectively created.” 4 out of 5 rating. 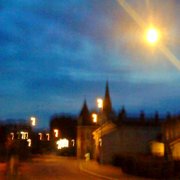 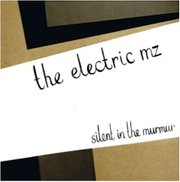 Title: Silent in the Murmur

”The dynamics of The Electric MZ is in the repetitive, restrained with flavor and substance entrenched, just like when I heard Wistrand when he worked with improvisational music in successful constellations as Two Sounds Ensemble and Nods Off.”

”The music literally flows, and could well last a good deal longer than the ten minutes that the compositions here fluctuate around without losing sting and substance. This applies in particular to the composition Coasting Along, which is cruising jazz at its best and definitely the most sumptuous feature on the album."

”The band plays tight and melodic with a swinging foundation. The music fits a listening audience, but also a dancing one. You can hear a lot in the music of The Electric MZ, but it does not feel right to enumerate all the references and winks offered. Instead, it's just to say that Stefan Wistrand and the band has done something of their own of all commodities and also made it a very enjoyable musical moment for the listener.”

“So where does this leave us? Well you want more of course. And hopefully this is not the last we’ll hear from The Electric MZ but you’ll never know. There might as well be six new bands spawned out of this one knowing what the members are capable of. Hopefully we will get to hear all of them in the future. But I have a good sense of that The Electric MZ is not done in any way. Until we know for sure let’s enjoy “Silent in the Murmur” and stand in its shining light getting embraced by its warmth and love.” 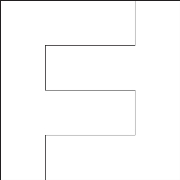 ”…Fundamental Form has an impressive focus that is kept straight through. The common thread is Stefan Wistrand’s brilliant saxophone that constantly adapts to the situation and flows nicely in whether the background is an Alvin Lucier-like drone as in Att or a mishmash of cacophonic electronics as in Me.

A most interesting group with a really versatile saxophonist who you should definitely keep an eye on in the future."

”While ‘Att’s epic nine minute wander out into hypnotic drones and loose hand drummed percussion sees more electronics-lead atmosphere continuing to exert an influence, it’s closing track ‘Lat’ that sees the listener being dragged out of the whirring electronic murk, back into the light by the emergence of more conventionally ‘majestic’ saxophone soloing by Wistrand. Dark and moody stuff that doesn’t quite lean towards isolationism… I’ve also got to give the gorgeous ‘double F’ gatefold sleeve a mention, as its minimalist aesthetic perfectly suits the contents here."

”The various instruments broaden the perspective. And it grows into a strange crossbreeding between a forward pushing free jazz, heavy drums and an electronic environment true to their dreams. It's like going in with open eyes into a dream. Fundamental Form’s essentially ritual music is highlighted by the vocal elements, whose atavistic pulse is captured by the percussion.”

”Happily, these sounds are quite interesting. You get a fair amount of white noise, drones, some gentle noodling, and some more energetic excursions but all with a kind of narrative flow that makes the journey pleasurable. If you don’t expect JATP choruses of honking bar walkers, you are all set. It’s well done.” 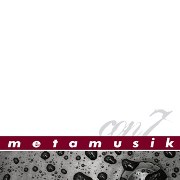 ”In the end, after traversing some fairly warm and serene dub landscapes, the listener is more or less left back exactly where they started – back out in the sparse, frigid surroundings that the original ‘meta-concept’ emerged out of. Fans of stripped-back, post-IDM electronics along the lines of Mille Plateaux should find much to enjoy on this impressive debut from Metamusik."

"Some interesting bleepery and wayward playing from Metamusik, which is the duo of Daniel Carlsson and Johannes Rytzler. On Con7 (EINNICKEN ERA 0918) they present further evidence of their project which since 2005 has been striving to find a way of improvising within the electronica framework, in order to get away from what they perceived as ‘random sound experiments’ and make a return to simple music-making.” 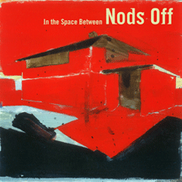 Title: In The Space Between

”They cook, they crack up and rumble around in the bottom, but in the music there is also composed structures that support a melodic beauty. That gives scope and dynamics while at the same time Stefan Wistrand, Daniel Carlsson, Stefan Larsson and Peter Olsen create a collective expression that feels uniform and distinct. A real progressive record."

”Forceful steamroller compositions vary with slowly burning beautiful ones, and quite a lot in between. Everything is new, still you feel at home. With its rock oriented drive Nods Off should be able to reach many listeners. Both band and new listeners are to be congratulated."

”Needless to say, the ensemble saturates its palate with a good-natured vibe that becomes quite conspicuous from the onset. (Recommended…)"

”While the band casts a mesmerizing spell with its collective entreaty, the improvising talent of each member vividly surfaces out of the waters of this briskly bubbling cauldron. Nods Off gets the adrenaline flowing nonstop with its stimulating black magic communiqués."

”If you're looking for a quartet that dabbles in improvisational rock with a punch, Nods Off is a good starting point."

”The four musicians move with free decision and pride in free jazz territory, leaving the road stub for progressive rock’s full load of energy and luminescence.”

"The Swedish improvisational scene today has quite too few names. Nods Off though is one of the foremost with their blending of free jazz and something they themselves call experimental rock. Sounds wild and it sure is." 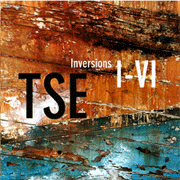 "Sweden's TSE-Two Sounds Ensemble-reigns in its free jazz vision with laudable restraint, with a lovely wandering progression in its instantly composed music that stays appealingly within earshot of the lyrical and melodic musical path, stretching structure with breaking it.”

There's plenty of swirling abstraction, as one might expect, but they also keep things varied with some beautifully lyrical passages and some gorgeous on the spot (presumably) themes... it seems like they really explored the space and found some interesting corners along the way. Definitely recommended."

”This is a beautiful and melodic record that treads with grace and feeling on already entered improvisational grounds. To be considered a narrow musical form the Two Sound Ensemble's interpretation of the idiom is inviting and easy to listen to.”

”The approach is melodic, mostly unabrasive and in a free adlib tempo – the piano tone is bright and the recording well projected."

”Inversions is a solid series of duets, well worth hearing. The only gripe is that the playing time is too short."

”I hear a lot of tenderness and a good amount of delicacy as both players seemed to be in a highly relaxed mode that day in January 2004 when this session was put down to tape. Based on "Inversions", I'm anticipating lots more great music from this duo in years to come."

”A jazz always fresh, charming, also full of agreement if you want, but not of the tired kind. Recommended." 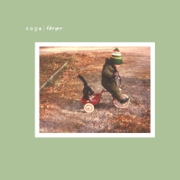 Leased in a second edition to Found You Recordings in 2005. 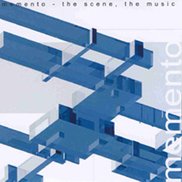 Title: MEMENTO - the scene, the music

"Recordings from various artists related to the Memento-association and venue for creative musicians – featuring a broad range of interests. Electronics, instrumental, improvisation, avant rock or solo tracks add up to offer an illustrative image of this venue/collective from Sweden."

suspect quarters. The musical styles are wildly mixed. It’s often crazy and exciting but alsoquiet and beautiful. Thomas Rydell offers an eleven minute long journey through a minimalistelectronic landscape, and the group Nods Off attract attention in "Jay Waltzing", where especially the guitar playing is worth noting." 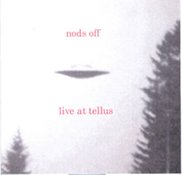 "Reminds me a bit of GONG this one. Long live Free Jazz..."

"Live recorded experimental acoustic-electric rock with an overt free-jazz influence. Collective improvisations where superimposed solos flow with simultaneous intensity. The instrumental practice occasionally evoking atmospheric passages of jazzistic ascendancy, distances itself from the typical expanded developments of the realm." 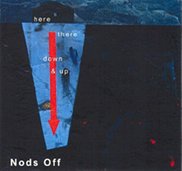 ”The band tends to keep tunes fairly short for this genre, with just one track lasting more than 8 minutes. The rich thump of Olsen's drums and his densely tribal and driving style are reason enough for drum fanatics to check this out. Nods Off is another distinguished member of a small but vibrant free Jazz scene in Sweden, and one that's worth hearing.”

"Wind instruments, voice and drums display a free form of entering a space in which the ethnic manifests itself, by way of make-up, as some sort of prelude. The discourse, creating curves, is warm from the beginning. Themes of an interrupted space give way to a flow stopped at each stretch"."

"The music consists of twelwe well varied original compositions which not only manage to clean your ears from every trace of MOR, but also set your fantasy in new directions. I'm most fascinated by the tune Paint Music IV, which bears no resemblance to anything else I've heard in this the most creative of jazz genres." 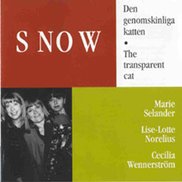 "These three daring women does songs from people in the province: some happy yoiks, some that have an Arabian taste. It is a relief to hear music that’s not ingratiating.”

Produced by Nods Off

”Rather than coming off as experimenting for experiment's sake, the trio appear confident in all of their elements. Magicians and prodigies they're not, but this is a group full of good ideas an the strength to make them work."

"The Swedish jazz trio Nods Off plays an especially disciplined form of free jazz: most of the eight tracks on this EP are under two minutes

long! Such brevity, combined with the fact that the recording was made live in the studio, bespeaks a band that knows what it's doing.”

"19 minutes of intense, free improvisation, eight numbers - that! It's no saving of graces from Stefan Wistrand (sax, cl), Peter Olsen (perc) and Stefan Larsson (el b)."